Are you interested in finding out what makes iPhone 8 vs iPhone X different from each other? In September 2017, Apple launched more than one phone. This led to confusion as consumers struggled to figure out which of the newly launched devices they should buy.

Skipping the iPhone 7S, the company proceeded to launch iPhone 8 and iPhone X. The iPhone 8 was meant to be next to iPhone 6 and the iPhone X was meant to celebrate the 10 years of the iPhone line. But having two great phones released at the same time makes it hard to determine which one to buy.

When it comes to performance, the two have the same internal features. Both use the Apple A11 “bionic” chipset. That means having the Six Core CPU as well as the Six Core GPU. Both of them also have the M11 motion coprocessor. The only difference is the RAM – iPhone X has 3GB and iPhone 8 has 2 GB. 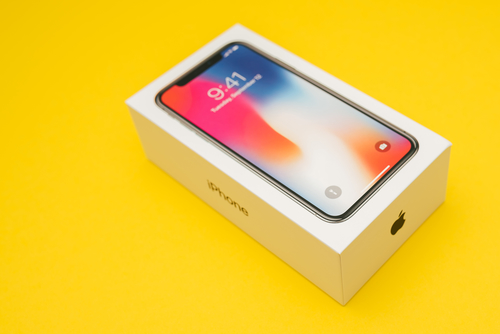 Let us compare the two phones to find out which of them is better than the other. For sure, people have different needs and preferences. And they definitely cannot afford to buy the two phones. Comparing iPhone 8 VS iPhone X should help you make the right decision.

When it comes to the display, the iPhone X has the bigger one – with a 5.8-inch 18.5:9 True Tone OLED. It has 2436 x 1125 pixels. The iPhone 8 has a 4.7-inch 16:9 True Tone LCD with 1334 x 750 pixels. What is great about the display of iPhone X is not just the fact that it is bigger. Using OLED makes the contrast ratio so much better. It also has the highest resolution and pixel density. Both phones do use the True Tone technology of Apple – which is great on its own.

When it comes to the design, iPhone X has a “notch” at the top. It compromises the viewing of photos and videos. It also removes the Touch ID fingerprint sensor. Both the iPhone X and iPhone 8 have the glass back that allows wireless charging. It also allows water and dust resistance. Both phones use the Series 7000 Aluminum in the chassis. The stereo speakers are also 25% louder compared to iPhone 7 and both have retained the Lightning port. When it comes to the colour, the iPhone 8 comes in Space Grey, Silver, and Gold while the iPhone X comes only in the first two colours. There is a limited edition in Red for both.

Finally, the battery life of iPhone 8 can be a bit disappointing compared to that of iPhone X. The talk time of iPhone 8 is only 14 hours and Audio playback is 40 hours while iPhone X lasts for up to 21 hours and 60 hours respectively. Fast charging is practically the same at up to 50% with a charge of 30 minutes.